We Just Got Back From Sumatra! 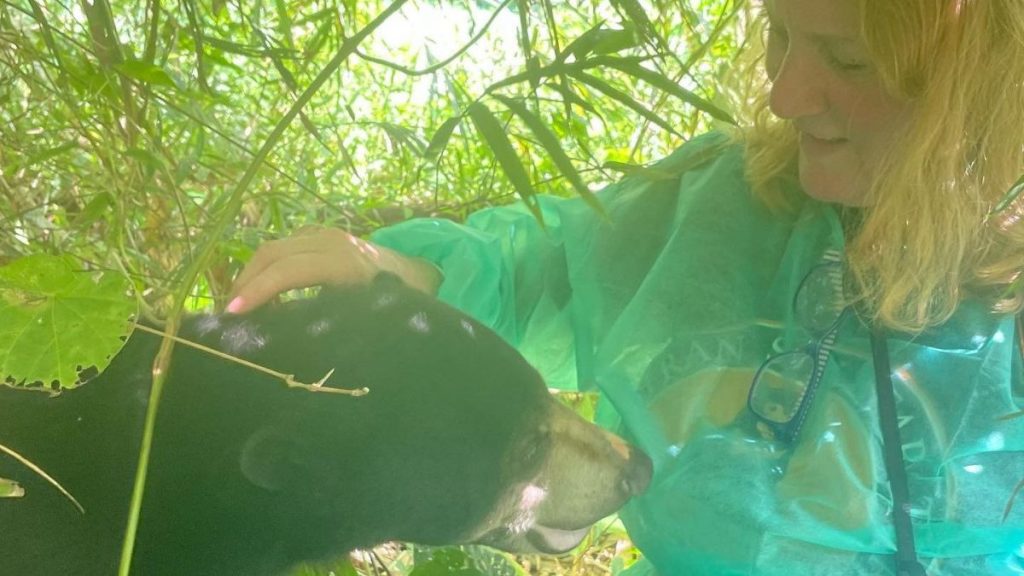 Hello everyone, it’s been a while since our last update. Thank you all for still, pardon the pun, bearing with us during this last period.

Over the past 12 months we have been working closely with our partners, Orangutan Information Centre (OIC), also now also known as Sumatran Rescue Alliance (SRA) to successfully build our first bear enclosure, which includes three dens and allowances for bear quarantine if required. Thanks to our donors helping to raise funds to build this magnificent, lush, green and challenging enclosure. We are now already caring for three bears, including young Jessy and Uca which you may already be familiar with.

It was really lovely seeing Uca again, so grown up, but still a very playful and energetic cub that should have still been with her mum. Meeting Jessy, who we only knew through pictures and video was delightful. The third bear Rossa was a complete surprise when she arrived in November 2021. To be able to meet these 3 bears and introduce them to each other was a career highlight. It almost felt that they were forgiving us as humans who stole their lives and were thankful for their new second chance. They honestly seemed as overjoyed as we all were. Their Sumatran keepers were also in awe at seeing the bears come together like this. Very special, tears in eyes moments.

The SSBT have worked hard to find and maintain our alliances and it’s incredibly humbling to know that we have been able to raise enough money through generous donors and build this world class bear enclosure.

One of the first stops on our whistle stop tour of Sumatra was the province of Aceh. We were able to visit the BKSDA (Indonesian Forestry Department) office to catch up with female bear Cantik, who SSBT have been aware of since 2017. Supporters may also remember Romeo who has also been in government care for some time now.

Since our last visit to Sumatra, two other bears have joined Cantik and Romeo, including a sub-adult male named Johnny. Johnny has one hind paw missing from where he was caught in a snare in the forest. An amputation was required and performed by BKSDA vets. Sophia, a female, is the 4th bear. She is severely traumatised and very defensive when approached. She is missing a front paw from a previous snare and escape and now a back paw also due to snaring. She also had gun-shot pellets throughout her small body. Sophia was lactating when she was rescued from the snare, which means she was cub rearing at the time. Sadly, we do not know what became of her cub.

We haven’t forgotten about these bears or our pledge to help them. During this trip, we were able to give the bears some extra fruits, attention and check their general welfare. We are hopeful that since Cantik and Johnny were rescued as fully grown adults they can one day be released back to the forest. Fingers crossed.

We’ve included some pictures below of Cantik (left) and Romeo (right), as well as a couple photos of the team! 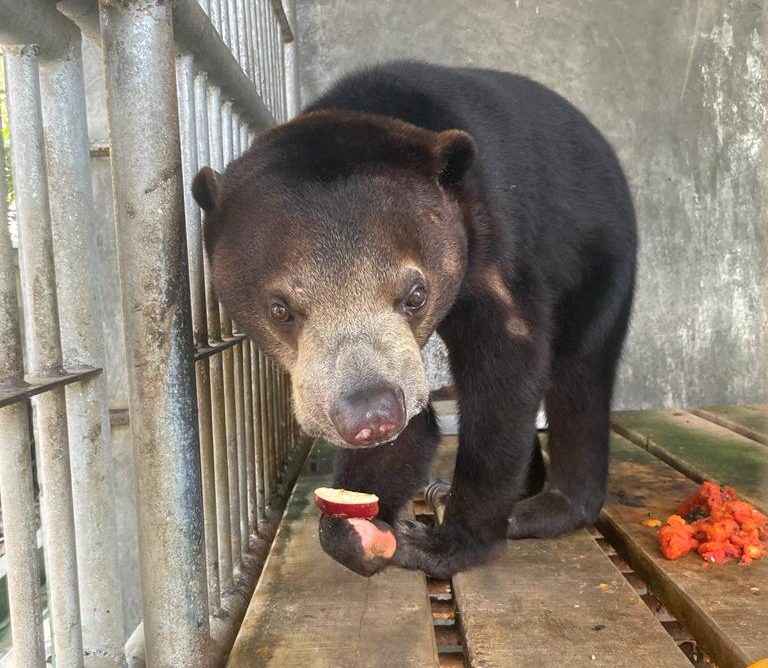 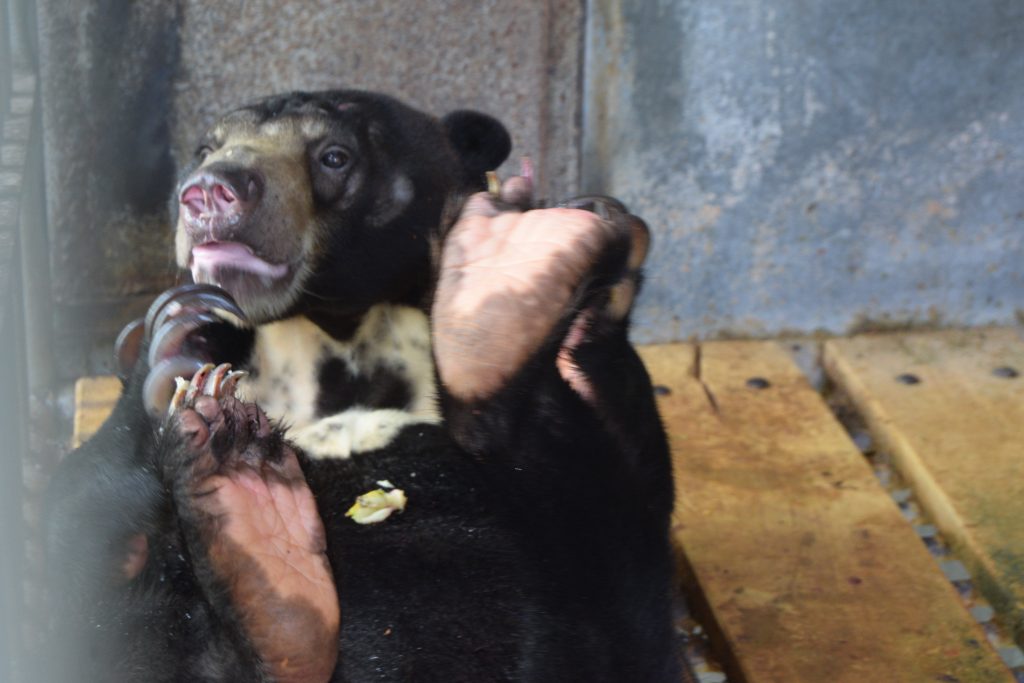 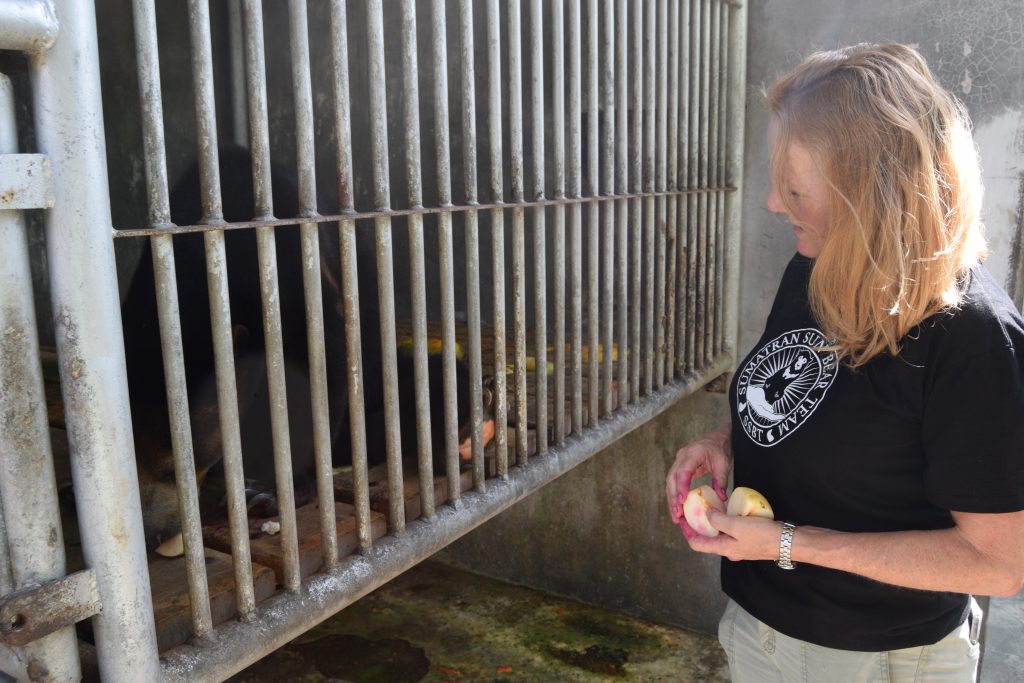 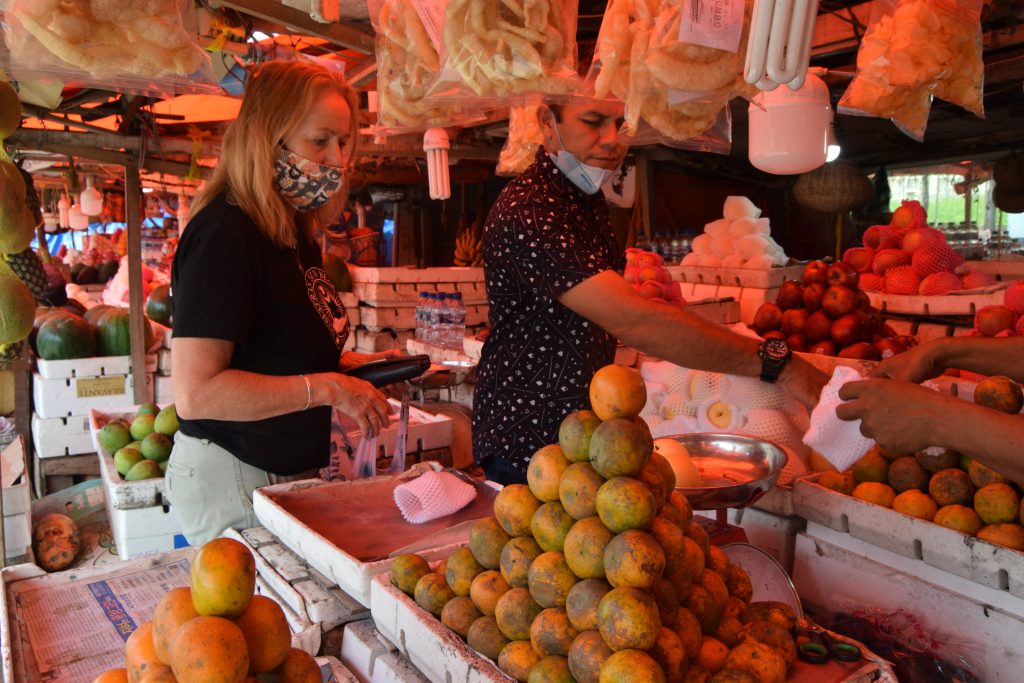 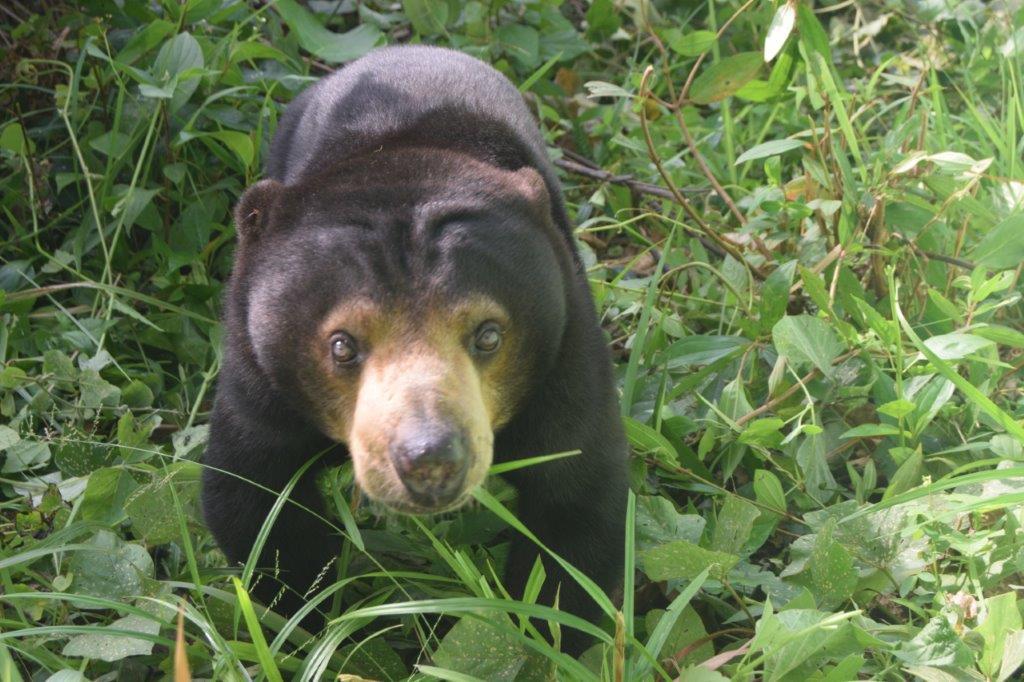 When we started building our first enclosure we planned for three dens, one of which would be a quarantine den. We eagerly awaited the arrival of Uca who would join Jessy who was already at the OIC facility. Little did we realise that at the last minute we would have another guest and that our enclosure would now house three bears! Enter Rossa.

We know little about Rossa’s past before she came into our care. What we do know is that she was kept as a pet in a small cage for what we presume is her entire adult life. Bears that are kept as pets and reach adulthood normally end up in government care as they lose their “cute” factor for “owners.”

Rossa’s personality has really shone through as we have gotten to know her. She is a calm and methodical bear. When presented with any food item or enrichment she takes her time and investigates every facet of it; except melon which she quickly gobbles down.

The two young bears treat her with caution as she is much bigger than them. Uca tests her limits though and the two have happily chased each other around the dens and the outdoor enclosure.

For the most part Rossa enjoys the quiet life, happy to observe and watch the world go by. Rossa has finally been given a chance to display natural bear behaviours. We are pleased she now has the chances that were cruelly denied her. Rossa has been given the opportunities we have provided and she has taken advantage of them every step of the way. We can’t wait to see what happens next. 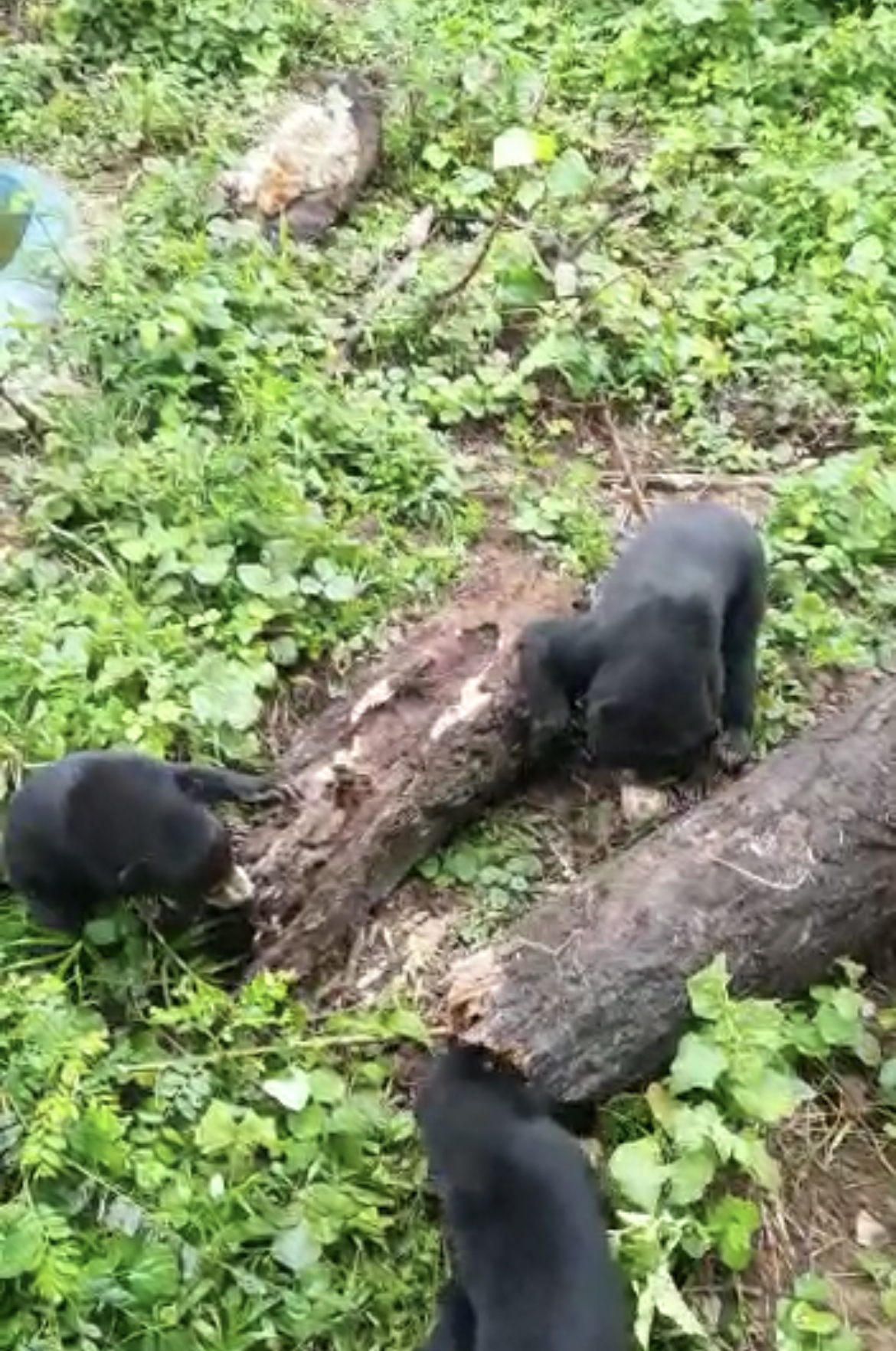 Sun Bears, by nature are solitary animals and if you do see more than one together it’s usually mum with her Cubs.

So having all three bears in our care, but all raised differently with different stories was always going to be challenging to introduce them together. So when Lesley and Philip were on site in April 2022 they knew that the introductions were in the bears best interest to be done.

We were lucky that their personalities complement each other. Uca and Jessy being young and playful, were able to act probably like siblings, playing and interacting together.

Rossa, on the other hand, has been in a cage for 13 years probably taken from the forest as a young cub and possibly, even witnessed her mum being killed before becoming an illegal pet. But yet Rossa came to us with a beautiful, calm nature. The introductions in the dens and then in the enclosure went better than our expectations.

Seeing the bears all together in the enclosure was a tears in eyes moment for everyone watching them chase, play and wrestle. This is an extremely enriching time of their lives for the first time they can now interact, communicate, sleep with, snuggle, forage and climb together. 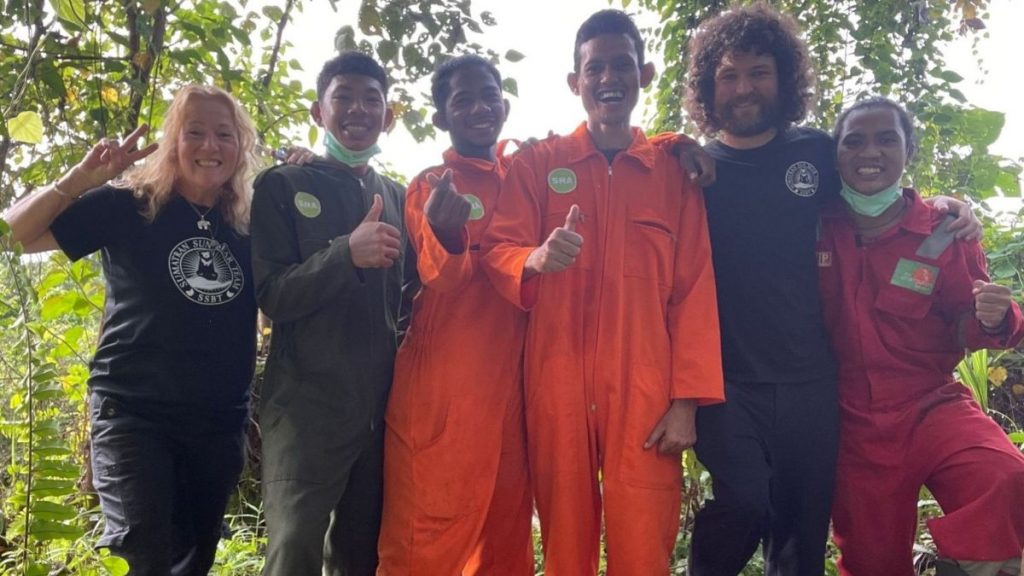 On the last day of our visit, SSBT stopped by the OIC offices to discuss the future. We look forward to funding more conservation projects, educational projects and we are already planning for the next set of dens and enclosure.

On the conservation front we have had conversations about tackling the huge snaring issues that are responsible for snaring, maiming and killing wildlife. We are working on educational materials for students in Sumatra to learn all about sun bears and the challenges they face in the wild.

The future of our work starts here and now. Thank you for your continued support and making everything you have read about possible. Together we can make the future of sun bears a brighter one.