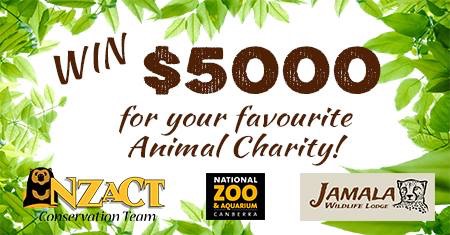 Sumatran Sun Bear Team was nominated for a $5,000 Charity Grant

Thanks to nominations from our wonderful supporters, Sumatran Sun Bear Team (SSBT) was selected as a finalist to win $5,000 generously donated by the National Zoo & Aquarium.

Hearing that the winner would be the charity that had the most votes, our network of dedicated bear supporters jumped to action, sharing the post far and wide, asking family and friends to vote for SSBT.

We were honoured to be named alongside three other fantastic organisations, and were blown away by the level of passion and endorsement we received from people all over the world who believe in SSBT’s mission.

The race was very tight and although SSBT came in second place, we gained many more supporters and more people are aware of the work we are doing to save the Sumatran Sun Bear.

Thank you to the National Zoo & Aquarium and to everyone who voted for SSBT!